Does CBD Show Up on a Drug Test? What You Should Know

As a first time CBD user it’s normal to wonder, “Does CBD Show Up on a Drug Test?” –especially if you are required to submit to regular drug screenings for work or legal reasons. Learn the answer and more in our latest guide.

With millions turning to hemp-based CBD (cannabidiol) for wellness support, and most opting for full-spectrum CBD, more employees than ever are concerned about failing a drug test. As proof of the modern-day quandary, the question: “Does CBD show up on a drug test?” actually gets nearly 10,000 searches per month. If you’re a regular full-spectrum CBD user questioning will CBD show up on a drug test, we’ve pulled together the specifics here at Fabuleaf to help you out.

Does CBD show up on drug tests? No, but with a caveat 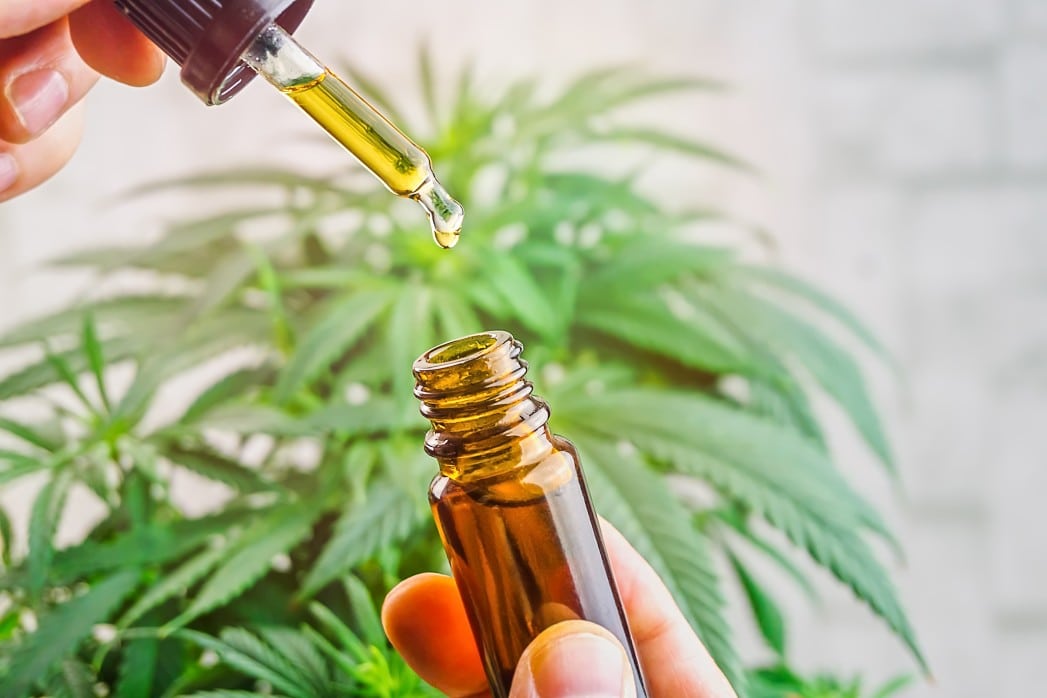 Drug tests are testing for THC (tetrahydrocannabinol) metabolites and not CBD. So, technically, CBD does not show up on drug tests and even if it did, CBD is perfectly legal because it is not considered to be an intoxicating cannabinoid. CBD doesn’t cause impaired judgment or other issues that any employer would be concerned about. Therefore, no employer would say you failed a test because they found CBD in your system.

The caveat is, full-spectrum CBD products from hemp contain minuscule amounts of THC (0.3 percent legally), which can be preferred among those looking for the entourage effect with their CBD regimen. THC, of course, is the intoxicating agent in cannabis plants, which is something an employer would be concerned about. Theoretically, all this means someone taking CBD could fail a drug test because of residual THC consumed in their CBD product, even though the failure would be an unfair outcome.

In a positive reality, it would be rare for someone taking a full-spectrum CBD product to fail a drug test due to the residual THC. The trace amounts wouldn’t necessarily be enough to register on most drug tests. However, the instance of drug test failure due to CBD consumption is not impossible; not only is it possible, but it has also happened to some individuals. The risks of failing a drug test with CBD consumption can be higher for certain individuals due to:

However, to give you an idea of how much THC would cause a failed test, the Mayo Clinic published workplace cutoff values for federal workers. These workers would fail if THC metabolites (THC-COOH) were present at 50 nanograms per milliliter or more in urine tests. One nanogram is roughly a billionth of a single gram. These levels were actually adjusted for federal workers in recent years to deter the possibility of picking up trace amounts of THC not necessarily indicative of marijuana use.

What types of tests could detect low levels of THC?

Urine tests are the most common type of drug tests performed by most employers, as they are both cost-effective and accurate. However, blood tests and hair follicle tests are considered to be the most accurate. Salival swab tests are about as accurate as urine tests. It would be more likely for a blood or hair follicle test to detect low levels of THC, but these tests are most often specifically used to detect precise concentrations of drugs in a testee’s system. That kind of in-depth analysis is usually reserved for things like probation tests or something more serious than employment.

How long will CBD stay in your system? 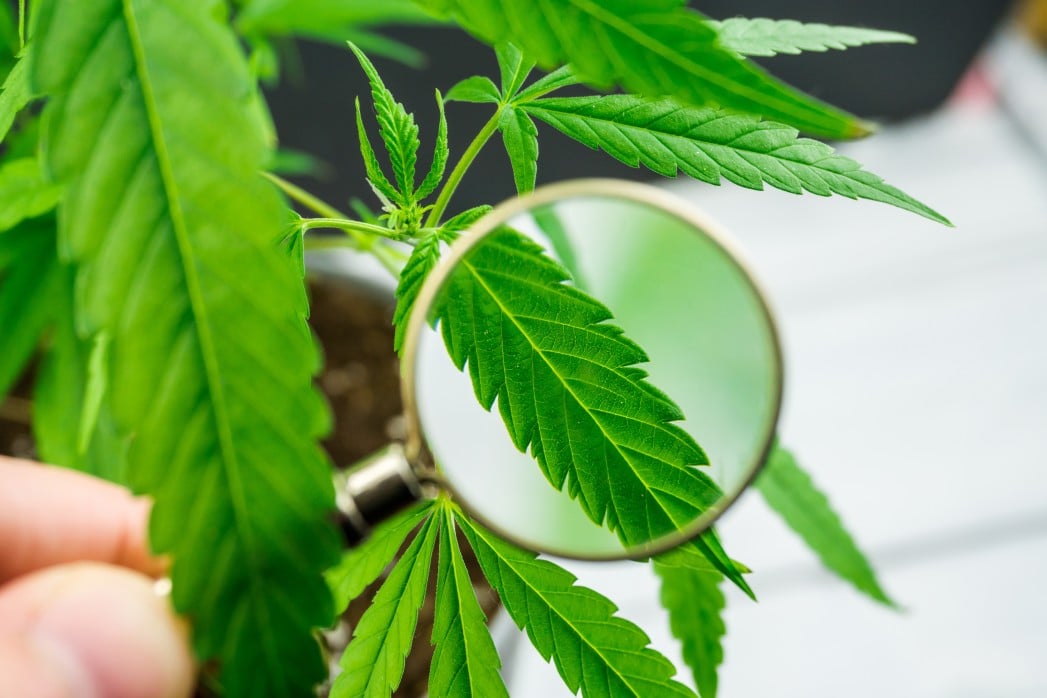 You may feel CBD in your system for as long as an hour and a half to several hours, and like most cannabinoids, CBD metabolites will hang out in your body for several days. Remember, it’s not the CBD that you have to be concerned about but the residual THC. All cannabinoids are fully processed by the body in a relatively slow manner. In other words, THC may hang out for quite some time, which can also mean THC metabolites can accumulate over time.

As noted earlier, a number of factors affect how long any cannabinoid metabolite stays in your system, such as:

The general detection window for THC is broad due to the number of affective factors. The THC cannabinoid metabolites could be in your system for as little as three days or up to 15. Heavy THC users may have THC in their system for more than 30 days. Of course, this kind of heavy concentration would be incredibly rare for most CBD oil users.

So, with all things considered, it is relatively unlikely for most people to fail a drug test because the THC taken in with full-spectrum CBD is extremely low. However, if you suspect you may be at risk of having detectable levels of THC due to major consumption of CBD, there are a few pointers that may help you out.

The most reputable CBD product manufacturers will give you an in-depth explanation and lab analysis of what’s in their products. Look for products that have been tested by a third-party lab to analyze the levels of all cannabinoids in the product, including THC. Of course, sticking with CBD products made from hemp is always recommended; compared to marijuana, hemp is naturally extremely low in THC.

Lower Your CBD Intake Before the Test

With knowledge of how long cannabinoids may stay in your system, you may be able to adjust your CBD regimen in advance to thwart any risks of a failed drug test. For example, if you get notified you will have to take a drug test in a week, you may want to scale back on your dosage levels or temporarily switch to a well-tested CBD isolate product.

Test Yourself for THC at Home

You can pick up drug tests at most retail stores, online, and at drug stores that test for THC. If you are really concerned that you may have detectable THC in your system, it may be worth it to grab one of these urine tests and check the results. The tests available over-the-counter can have questionable accuracy because they come from so many different manufacturers, but it may be worth a shot. If you find detectable THC, Leafly offers some basic tips on THC detox that may help.

Talk to the Tester

If nothing else, it may be worth it to talk to the entity requiring the drug test. Let them know that you use CBD derived from hemp, which is perfectly legal. In the unlikely event, you do fail the test, the tester will already have an explanation and won’t be drawing their own conclusions. If the tester does not offer CBD THC Ratio tests, which are now available through some labs, it may even be worth paying for one of these tests out of pocket for the sake of proving you are not using marijuana.

In the end, does CBD oil show up on a drug test? It’s possible, albeit rare as long as you use average doses of the product and trust a quality, well-tested brand. With CBD becoming an integral part of everyday life for many, more employers are looking to new methods of testing to ensure they’re not unfairly turning away prospects or unfairly penalizing employees. If you want to make sure you are taking a reliable, third-party lab-tested full-spectrum CBD, take a look at our hemp-based CBD products at Fabuleaf.

Thanks for reading our article! We hope that it helped to answer the question, “Does CBD Show Up on a Drug Test?” If you have any questions, comments, or stories to share, we’d love to hear from you! Drop us a message in the comments below.

Newer Hearty Roasted CBD Chicken Dinner Recipe
Back to list
Older Does CBD Oil Get You High? The Answer, The Science, and More
close